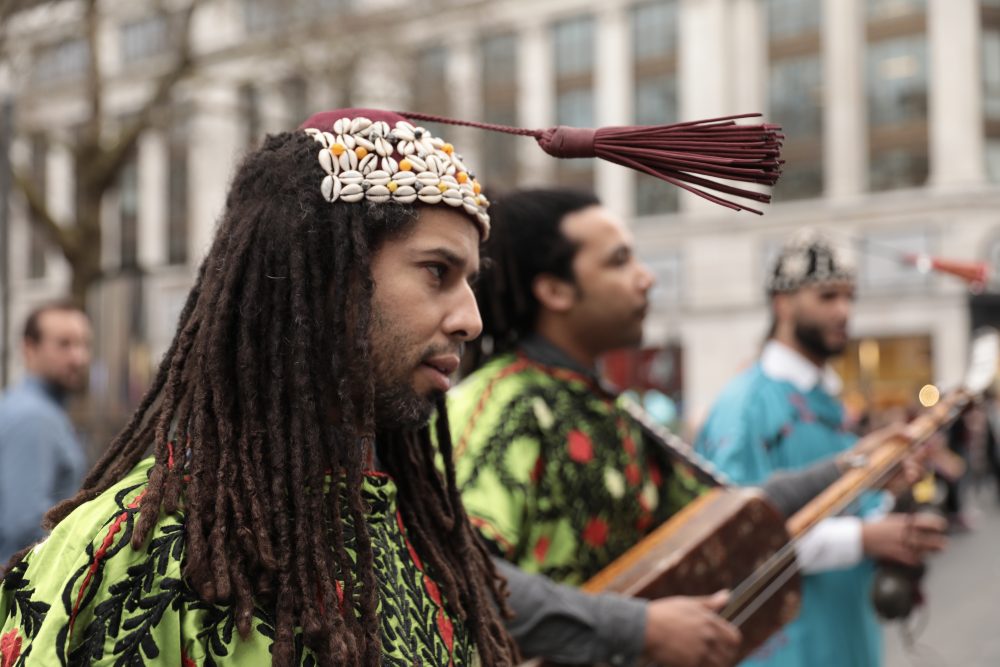 All over the area are street entertainers… there are about five common areas around Covent Garden, in Leicester Square and Trafalgar Square, Piccadilly Circus in front of Eros and China Town (which is a relatively new addition). Some of the pitches are formally organised and the performers have an allotted time slot, such as Covent Garden. Other areas are informal, and the entertainers seem to organise the rotations between themselves. 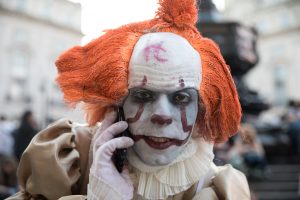 The trick is getting the audience… rather than just letting people walk by, creating a distinct start and end to the show, getting people to form a circle around you for the set piece and finishing with a ‘call to action’ namely that they are professional street performers and this is how they make their living, which often includes a few jokes about how much money is ‘enough’ is the most effective way to get donations. 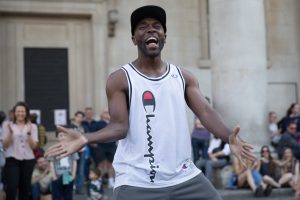 The thing I enjoyed most about these photographs was capturing the artists in the moment, either talking to the audience or playing their instruments/performing their stunts. Because I prefer to get very close to the artist, they would often laugh initially, before settling back down to their performance. A favourite shot were these musicians from Manchester who all wore hats with tassels which they continually flicked around. 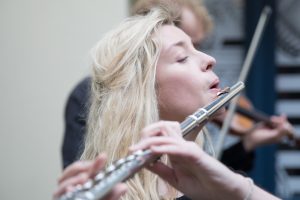 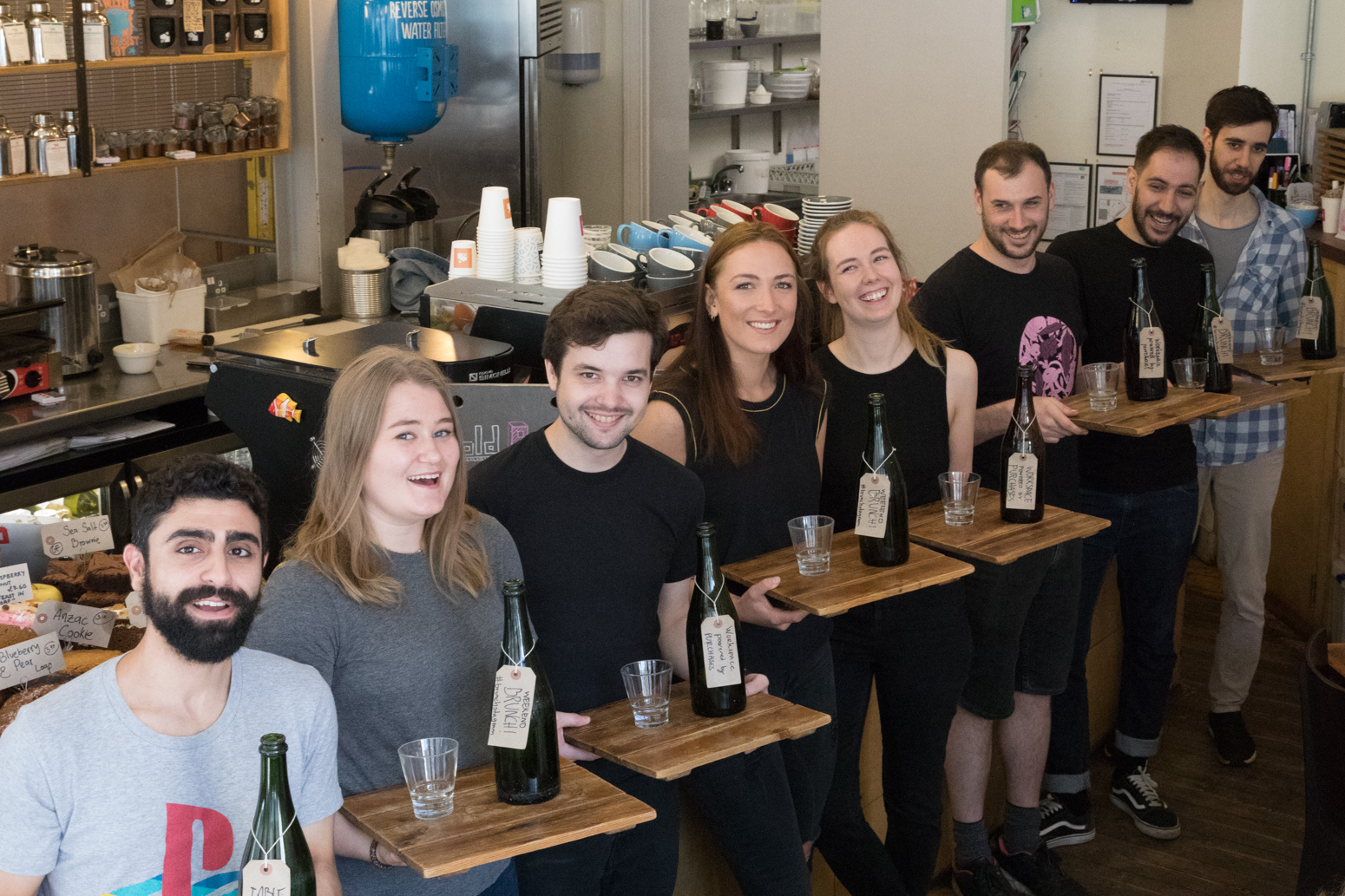 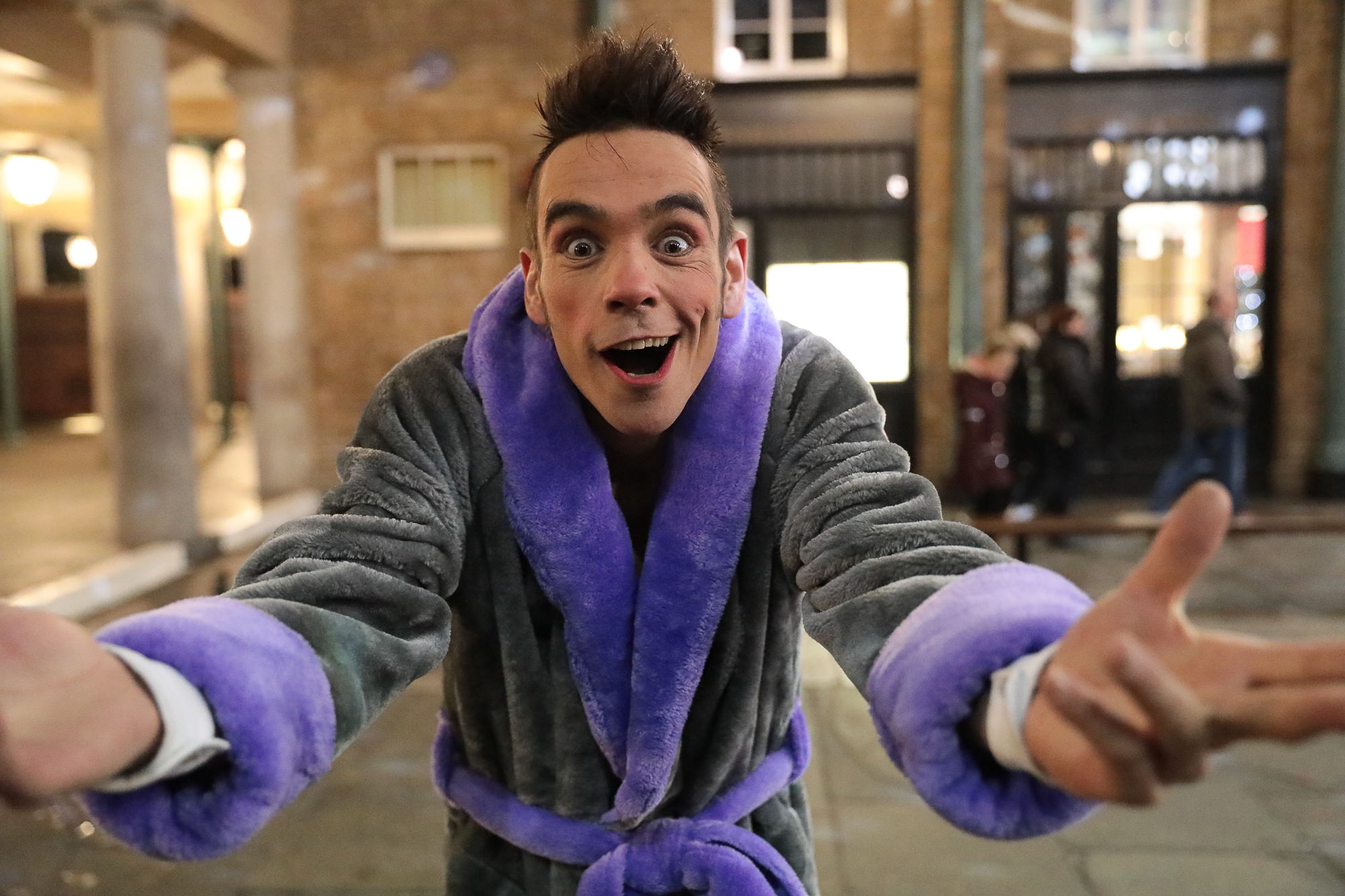 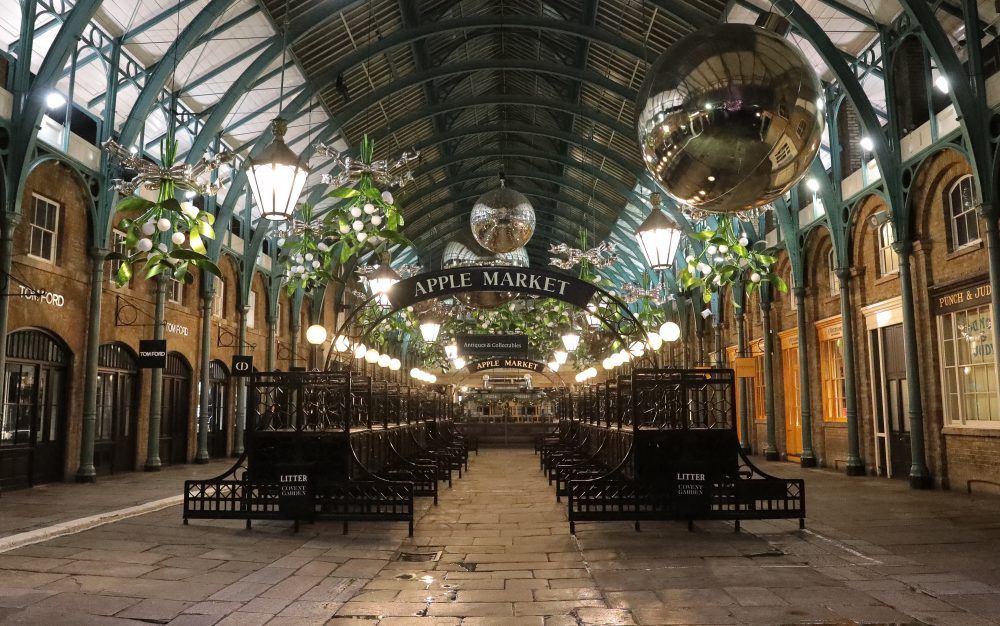 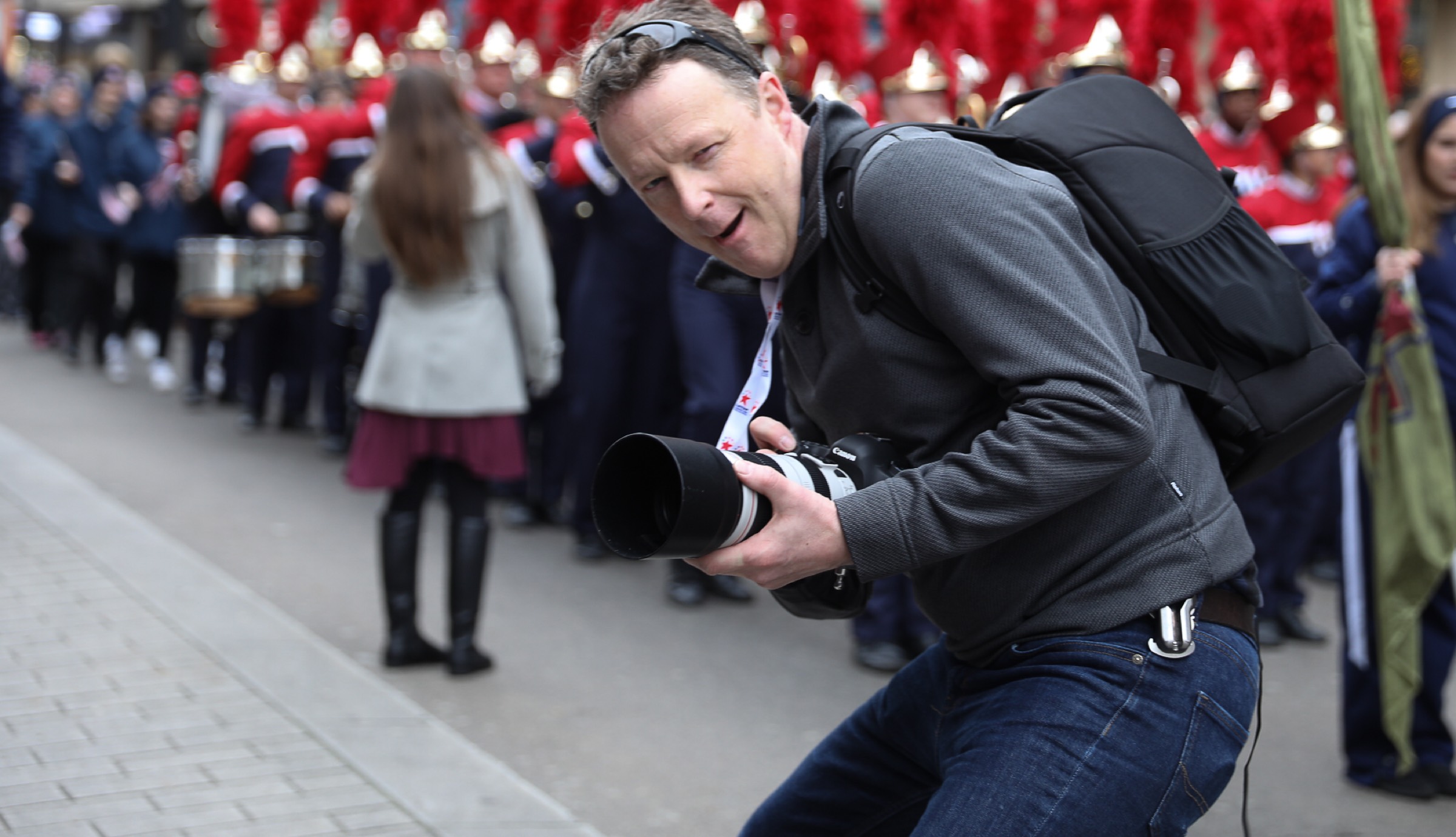